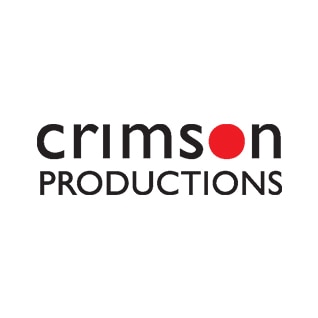 Crimson Productions label is the home for a wide variety of music available to license for Film and TV. Genres include childrens, pop, classical, choral, instrumental, brass band, musicals, halloween, poetry even the Royal Philharmonic Orchestra performing punk and rock classics. A variety of easy to clear music available to license for your productions. 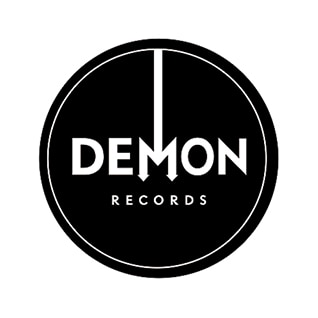 Founded in 1980 by Andrew Lauder, Jake Riviera and Elvis Costello, Demon was originally founded to deliver one-off singles. Based in the UK, Demon is well known for its classic releases, re-issues and new music alike including catalog from T.Rex, Suede, Labi Siffre, Belinda Carlisle, Kirsty MacColl and more artists spanning Rock, Pop, Soul, Funk , Country and many other musical genres. Music from the 60s - through to new releases .

A legendary New York label that has released disco, garage, hip-hop, and house music since it was established in March 1983 by Michael Gusick.
Easy Street reflected New York club-land through its most exciting years. From the Garage to The Sound Factory the clubs of the Big Apple echoed to the anthems released on Easy Street and then onto the world.
International pop hits Monyaka “Go Deh Yaka” & Hot Streak “Body Work” in the summer of 1983 announced the label to the World, followed up by World Premiere – Share The Night. In the 90’s producer/ remixers Joey Negro, blaze, Roger S, Deep Dish all took turns to create new sounds and reworks of East Street releases which all left their imprint on the dancefloor and radio. Hits from Adeva and De’Lacy have added to the legacy of this classic New York record label.

Fresh Records - UK house label with many hits artists in it's roster including Strike and Lovestation. Sister label Freskanova specialized in breaks and beats,with chart hits from The Freestylers, Cut and Paste, and Soul Hooligan.

Launched in 1995 Harmless Records label specializes in soul, funk, jazz, disco and breaks through to the more modern sounds of drum & bass, dubstep and house. Harmless continues to work with some of the finest DJ’s and producers the UK, Europe and the world to remix and rework its catalogue.

One of the most loved indie New York labels SAM Records was formed in 1973 by Sam Weiss. The first release was Doris Duke's killer funk "Woman of the Ghetto" and from their it went into disco territory with several hits from Gary's Gang and John Davis & the Monster Orchestra, before navigating towards boogie funk and soul. The catalogue is a time capsule that reflects the musical changes occurring during this period, from its fully orchestrated and string heavy disco releases, to the synth heavy boogie stylings of the early 80s, and finally, the post ‘Planet Rock’ Electro Funk era. The production values of Sam’s releases were always very high, with strong musicianship, songwriting and studio engineering skills displayed, with legends Leroy Burgess, Andre Booth, Greg Carmichael and Nigel Martinez at times all part of the Sam Records family.

Chi-Sound Records was launched in 1976, by US music industry executive and soul producer Carl Davis. Chi-Sound was originally distributed as a boutique label via United Artists Records, with the first releases coming from Walter Jackson and Ebony Rhythm Funk Campaign. However, it was one of the label’s first singles, which has endured the test of time and had a 21st Century resurgence by being the theme tune to the UK Broadcaster/Presenter/DJ, Norman Jay MBE, to open his national BBC Radio show. The Chicago label produced some of the great soul Artists of the late ‘70s and became a new home for the legendary ‘Duke of Earl’, Gene Chandler, whose Disco era classic ‘Get Down’ tore-up the dancefloors around the world. Other notable signings for the Chicago label included The Chi-Lites, Manchild (featuring a young Kenneth ‘Babyface’ Edmonds), The Impressions, Sydney Joe Qualls, The Dells and Magnum Force.

The team of Brian Holland, Lamont Dozier, and Eddie Holland left Motown in 1969 to form their own record company including the label Hot Wax, and continued the hits with artists Flaming Ember, Honey Cone, 100 Proof (Aged in Soul), and Laura Lee.

Sister label to Hot Wax Records, and home to the artists Chairmen of the Board, Freda Payne, General Johnson 8th Day, Parliament and many more classic 70s soul artists. notable for their polished sound and beautiful arrangements - with the Funk Brothers (Motown house band) playing on many of the hits.

Philly Groove - renowned for it's sophisticated soul sound, was founded in 1967 by record executive and Philadelphia native Stan Watson. Under the leadership of Watson and the label’s principle A&R executive, Songwriter Hall of Fame inductee Thom Bell. Best known for The Delfonics and First Choice, Philly Groove also enjoyed considerable success with acts such as Sound Experience Broadway Express, The Quickest Way Out and Billy Bass, among others.

Peter Brown is one of the ultimate in Harlem underground music business entrepreneurs. From the 70s, all through the 80s he had a stream of releases on a plethora of labels, but ultimately under the P&P banner. From soul, to disco to the birth of hip hop, he covered all the street sounds of New York and in a series of comps Demon are exploring his legacy.